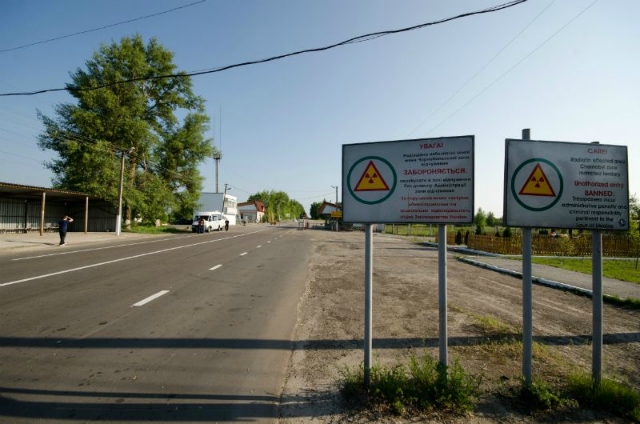 On our visit to the zone we were lucky enough to be permitted to stay within the exclusion zone for three nights. This meant that every hour outside of the curfew was spent exploring the zone, experiencing what can only be described as glimpse of the communist way of life. Everywhere we went we were under the watchful eye of our guide and zone workers were instructed to report any unescorted guests.

The majority of our time within the Chernobyl Village was spent within our hotel, or in the local workers diner, drinking Kvass and eating bizarre breakfasts and dinners. We were also shown some of the sites such as the firemens memorial, the 20th anniversary memorial and the local church, which has recently reopened for worship for the workers of the zone.

Return to The Exclusion Zone