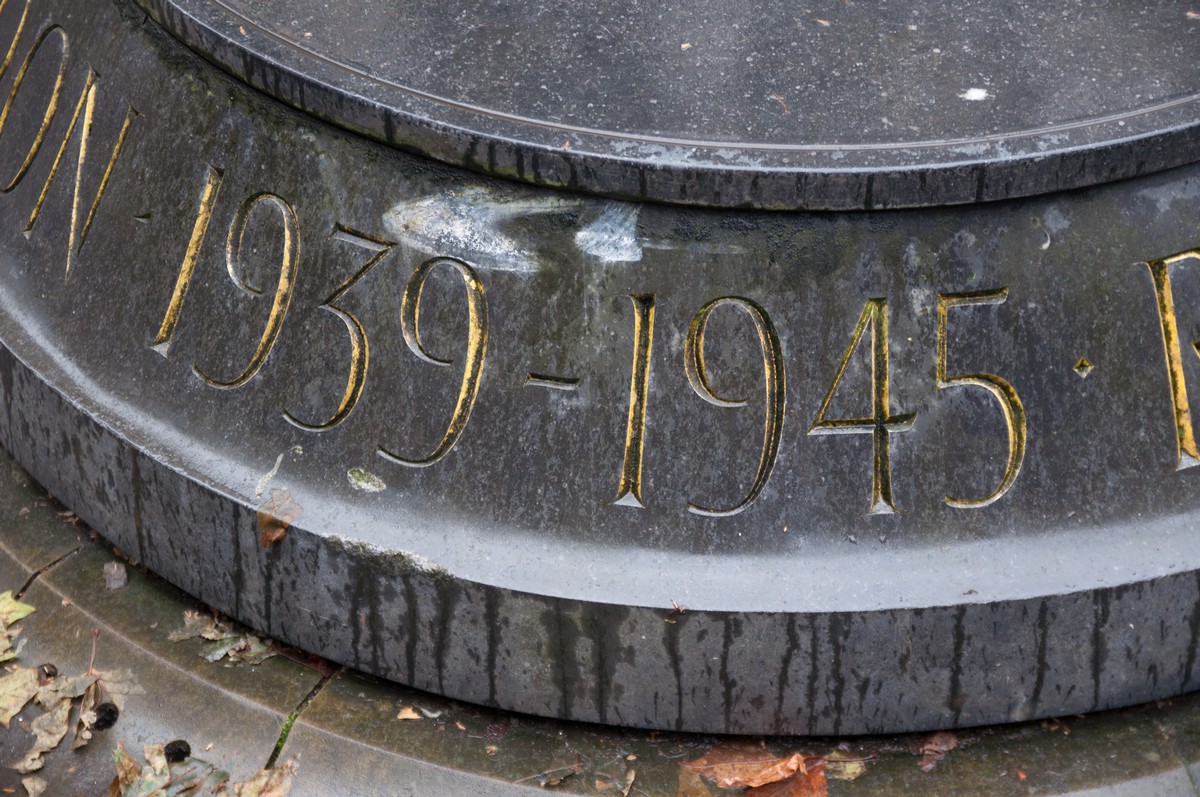 Overnight on the 29th December 1940 London was subjected to the worst raid of the Blitz. Over 100,000 incendiary bombs and 24,000 high explosive bombs rained down on the City of London causing horrendous damage and the loss of life for 160 civilians, 14 auxiliary firemen and injuring 250 people. The area heavily damaged stretched from Islington to the very edge of St Paul’s Cathedral. The firestorm that followed was known as the Second Great Fire of London and destroyed 19 Churches, 31 Guildhalls, and all of Paternoster Row (this was the centre of the publishing area of London).

All that is very interesting, but why are we blogging about it? Well, to commemorate this event TheTimeChamber traveled up to London to go on a guided ‘Blitzwalk’ to see evidence of the damage and to hear some of the stories. We were excellently guided around by Neil Bright from Blitzwalkers for some 3.5 miles and 3hours around the City of London whilst he regaled us with meticulously researched stories, anecdotes, historical facts and photos. He even had artifacts ranging from German shrapnel to an incendiary bomb for us to look at.

We saw evidence of complete destruction of buildings, scars from shrapnel on the side of St Paul’s cathedral and heard harrowing stories of bravery and loss. All delivered in an informal easy access way that was understood by all. He even provided Mulled wine and shortbread at the half way point! This really was a superb trip and we can highly recommend looking at the Blitzwalkers website (www.blitzwalkers.co.uk) for dates of further guided walks around London. It really brings to life what Londoners endured, with great humility and characteristic British spirit (one porter at Billingsgate was more worried about the price of fish than German bombs!).

Some of our photos are below

Neil, our guide for the day.

Wartime black out paint (white) on a bollard in the City – this enabled people to see it in the dark!

There are many plaques such as this around the City of London, note the date.

The modern next to the rebuilt. All over London there are buildings such as this. The brick building looks original but is actually a 1960’s rebuild on the site of a bombed out building. In some places they are surrounded by modern offices, in other areas they are surrounded by pre-war buildings that survived. This is one such building on Oat Lane, EC2, the Pewterer’s Hall.

This is Christ Church Greyfriars on Newgate Street, the garden is the interior of the church as all that was left after the roof and interior were destroyed. The rectangular wooden planters mark the areas where the stome pillars were that supported the roof. The Church was built by Sir Christopher Wren between 1677 and 1704 and destroyed by Nazi bombs in 1940. Many such historical and old buildings were lost in the Blitz.

The simple memorial to the lives lost in the blitz. It is within the grounds of St Paul’s Cathedral and is inscribed ‘In War Resolution, In Defeat Defiance, In Victory Magnamity, In Peace Goodwill.

Shrapnel scars on the walls of St Paul’s Cathedral. There are many, many of these scars. To many to count. Churchill decreed that the Cathedral should be saved at all costs, and a 200 strong group of men were recruited into the ‘St Paul’s Watch’. This was a group of educated, architecturally trained men who were best placed to protect the Cathedral from the feared incendiary bomb as they best understood how and building worked, and thus how best to prevent it being destroyed by fire. Thanks to their work St Paul’s survived the blitz for us to enjoy today.

The memorial to the Firemen of the Auxiliary and Regular fire service who died during the bombing raids of The Second World War. Not just firemen that died in London, but nationwide. The man on the top pointing is facing the Thames and gesturing for people to bring more water to save St Paul’s, which is behind him.

Was an excellent day and opened our eyes to some hidden-in-plain-view sites in London, as well as remembering the horror of the Blitz and WW2.