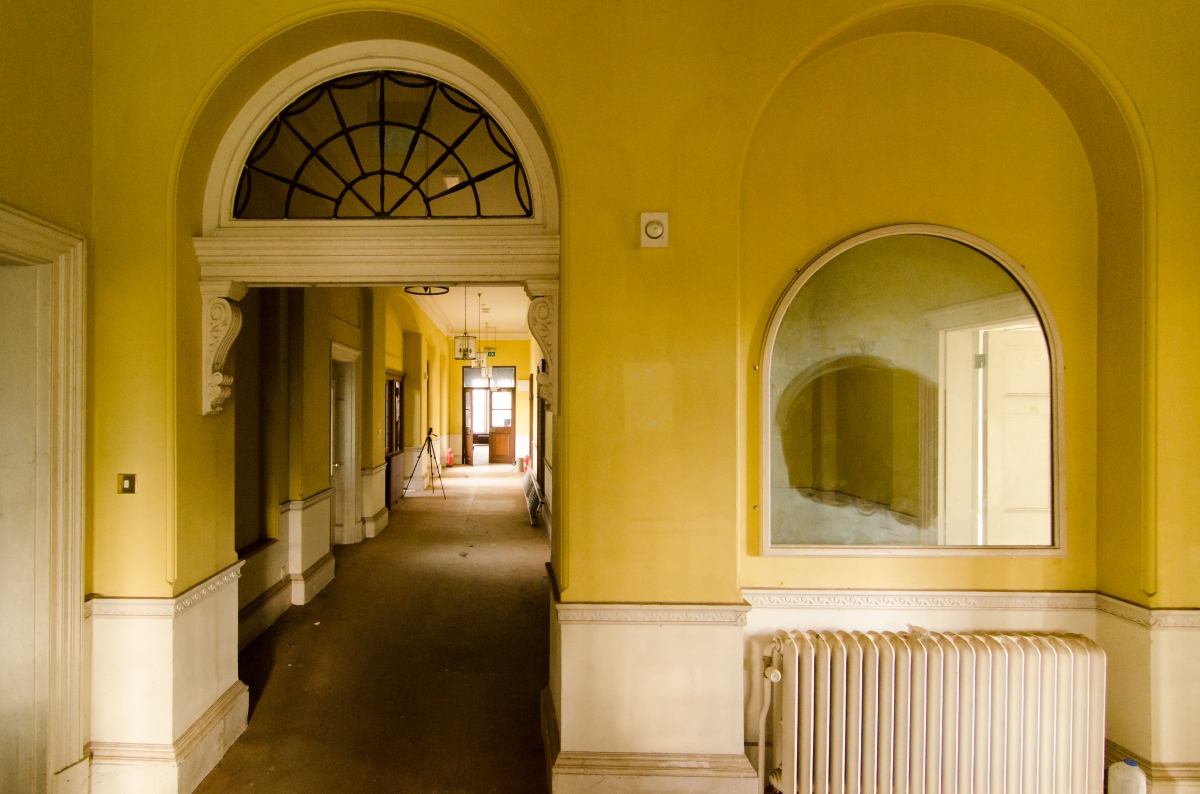 We have to admit something to you, we haven’t done much exploring this year. Everything we have posted has been sitting in our archives that has never seen the light of day. The only new place we have visited has been a Brickworks near to Dorking. The year has gotten away from us, plans fell to the wayside and we ended up on the other side of the world.  We now find ourselves looking down the barrel of 2015 wondering where is all went?If someone knows where 2014 has disappeared to, we would love to know.

Every year we meet up with a whole bunch explorers from across the country, spend a day messing around in various abandonments and then head out for some drinking.  As one friend described it, once a year we like sit and reminisce about the good old days like a bunch of retirees. No egos, no squabbles, just stories of good explores and future leads, mixed in with large quantities of alcohol and stupidity.

This year we found ourselves heading out to explore a manor house we had forgotten about in Chertsey, Silversands. Silversands was one of a handful of sites that we visited when we first met up with a larger group of explorers and were introduced to the wider scene.  We have fond memories of enjoying the sun whilst on the roof, and the perplexed look of the security up at Cane Hill Hospital when 30+ people emerged from a deep shelter close by. When we first went back in 2007 the building had been fully refurbished by the NHS and then left to stand empty whilst a decision was made as to whether to house a rehabilitation clinic there.  This did not sit well with the Locals and the decision was overturned and the plans never made it to fruition. The building however, was left to sit empty and slowly rot.

It is hard to explain what it is like stepping into building that you have witnessed after a full refurbishment, only to step into it again seven years later to witness the havoc that the elements can cause. As is the way with all UE locations, they go deteriorate over time. We like to say that posting sites in the internet doesn’t have an effect on them, but it is possible it does.  Looking back at photos from a few years ago, there was no vandal damage and it looked like the land pirates hadn’t visited yet. We are convinced that the more postings a site receives, the more attention it receives from people wanting to make a quick profit. It makes you think if it is worthwhile posting photos online at all (we realise the irony in this whole post / statement).

We started writing this post back at the start of December, little did we know that we would have a busy month.  Not only discovering an old US Naval Facility whilst searching for a beach on holiday, but we also found ourselves standing on a cliff face in Suffolk during the blistering winter winds for an underground adventure. Maybe not all of 2014 was lost to Exploring. Here’s to 2015, it should be an interesting year. We have entered into a collaboration with some friends to relaunch a website that has been missing from the Internet for a while, this should launch soon.