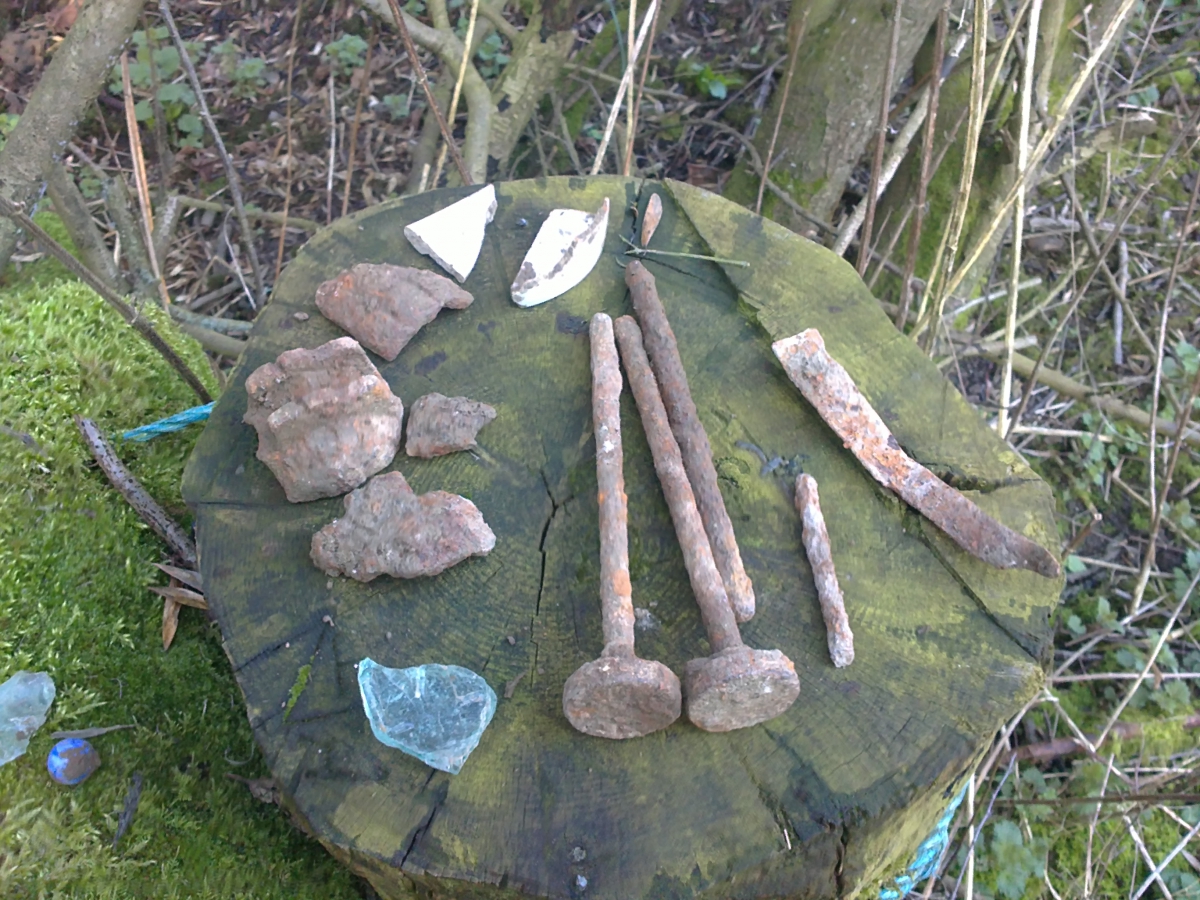 Here on TheTimeChamber we consider any kind of exploring fair game and we are not just content with dodging security or poking about in old derelict mills and hospitals. We are also fascinated by social history, and the temporary changes to our landscape that are almost invisible to the naked eye decades later. For example, whilst at university we spent our spare time walking around the local town and its environs searching for traces of WW2 Home Guard fortifications and defence works that had been lost from view. This is a different type of exploring, it takes longer, and often the area has to be re-visited multiple times in different seasons of the year to understand and interpret the site. Something like this is often lingering in our minds and we try to re-visit when given the chance. Think of this as our ‘background projects’ – humming away like white noise, sometimes loudly, sometimes inaudible for months but always there, always pulling us back in.

One such site that drew us in on and off over a few years was a WW1 site, strangely enough in the UK – people often associate WW1 with France, or Belgium. However, it heavily influenced and affected the landscape at home, alongside the massive ordnance factories and training grounds that sprung up all over the place. This particular site had barely anything visible as the land had been heavily farmed since the war, but something about it just captured our imagination. Perhaps it was because we had just been researching our fathers family tree and discovered that a number of our great grand-parents and their generation were soldiers (one of them was even a ‘bomber’) on the Somme and in Ypres. Perhaps it was the juxtaposition of a peaceful field in Surrey that had seen the horror of war. We don’t know why, but it grabbed us and didn’t let go. Our imagination was captured when visiting a number of times over a four year period, mainly in winter when the undergrowth had died back. Furthermore, when we weren’t physically there we were searching online catalogues and archives in history centres for information. We invested time plotting GPS trench lines, walking the woods and fields, and spotting relics just sitting on the surface. This is a short account of what we found.

First a bit of background on WW1 grenades, it is a common misconception that the main weapons of WW1 were rifles and bayonets – and indeed they were used in vast numbers – but they were predominantly used as to defend the ‘bombing parties’ who would be lobbing grenades into the enemy trenches.  Towards the later years of the war, the bombing parties grew in number and the soldiers who threw the grenades became known as ‘bombers’. A typical ‘bombing party’ consisted of 9 men – an NCO, 2 x ‘bombers’, 2 x ‘carriers’, 2 x riflemen and 2 x ‘spare’ men. Each man would have had a rifle but this would not have been used once the objective was reached. The men would also have carried between 8 to 12 mills bombs each depending on their role, and various members of the party would carry spare rifle rounds and bombs, as well as phosphorus and rifle grenades. These bombing parties would often accompany the brutal trench raiding parties (knives, clubs and knuckle dusters were the weapons of choice for trench raiders) with the sole purpose of clearing dugouts of enemy soldiers.

During WW1 advances were made in grenade technology and the weapon moved from being primitive and unreliable pre-war, to an important and serious offensive weapon by the end of the war. Many different types were deployed but the most successful was the Mills Bomb series of grenades, of which over 75 million were manufactured between 1915 to 1918. There were a number of variants, with the ‘Grenade, Hand, No5’ being the first and was manufactured in 1915. Other variants at the time were the ‘Grenade, Rifle, No23’ – this was essentially the same but with a different base plug connected to a rod that enabled it to be launched from a Lee-Enfield rifle using a special over-charged blank round and supporting cradle on the end of the barrel. unfortunately, this caused massive wear on the barrel and some issues when live rounds were used by mistake.

The problems with the No23 grenade were solved by introducing the No36. A re-designed version that operated with a plate on the bottom with a gas discharge cup for rifle launching, or by detaching the plate for hand throwing. By 1918 the No5 and No23 were declared obsolete and the No36 was further upgraded to the No36M. This upgrade made the grenade waterproof (it is said the ‘M’ stands for ‘Mesopotamia’ as this was why the grenade was waterproofed – to enable use in the tropics). The No36M grenade continued to be manufactured essentially unchanged until the early 1980’s, and remained in service with countries like India and Pakistan until 2004, which arguably makes it the most successful grenade of all time.

These ‘bombing parties’ necessitated the development of new tactics and needed rigorous training in order to be an effective force on the battlefield. Alongside the numerous army training sites and practise trench networks being constructed throughout the UK, specialist bombing training schools were established to teach soldiers how to use the Mills bomb. To be able to do this effectively, the army ‘replicated’ both German and British trench networks. These were laid out as they were on the Western Front with fire trenches, travel trenches, reserve and communication trenches and all the associate structures such as dugout and fortified positions.

Not a lot is known about the Grenade School at Godstone other than it was established around 1915/16 as the ‘Eastern Command Bombing School with Major JS Egerton of the Coldstream Guards as the Commanding Officer. Through studying the landscape, and with some effort on our part, traces of the trenches and evidence of this former use can be found. We were lucky to be able to find in an archive a diary and notebook and associated paperwork kept by 2nd Lieutenant JMY Trotter of the 2nd Officer Cadet Battalion, who successfully passed the training at Godstone allowing him to become an instructor. His diary includes 129 very detailed pages and is a fascinating insight into life at the Bombing School. It includes sections on tactics, numerous countries grenade types and the teaching syllabus. It also has some fantastic information about the site, including a hand drawn map of the various areas which was absolutely key to helping us appreciate this site. On the last time we visited we placed a poppy on one of the field fence posts as of the men that passed through Godstone, many of them probably did not come back from the Western Front, and during our research we found that 2nd Lieutenant Geoffrey Peake Allen had died at Godstone during bombing training on 18th December 1915.

Captions on the photos details what they show. DO NOT be tempted to dig on military sites or handle unexploded ordnance. It is just not worth it.

Remains of a building

Looking south towards the ‘German’ lines from ‘No-Mans Land’

Looking North to the ‘British’ lines from ‘No-Mans land’

The Soldier
If I should die, think only this of me:
That there’ some corner of a foreign field
That is for ever England. There shall be
In that rich earth a richer dust concealed;
A dust whom England bore, shaped, made aware,
Gave, once, her flowers to love, her ways to roam,
A body of England’s, breathing English air,
Washed by the rivers, blest by suns of home.

And think, this heart, all evil shed away,
A pulse in the eternal mind, no less
Gives somewhere back the thoughts by England given;
Her sights and sounds; dreams happy as her day;
And laughter, learnt of friends; and gentleness,
In hearts at peace, under an English heaven.
(Rupert Brooke)