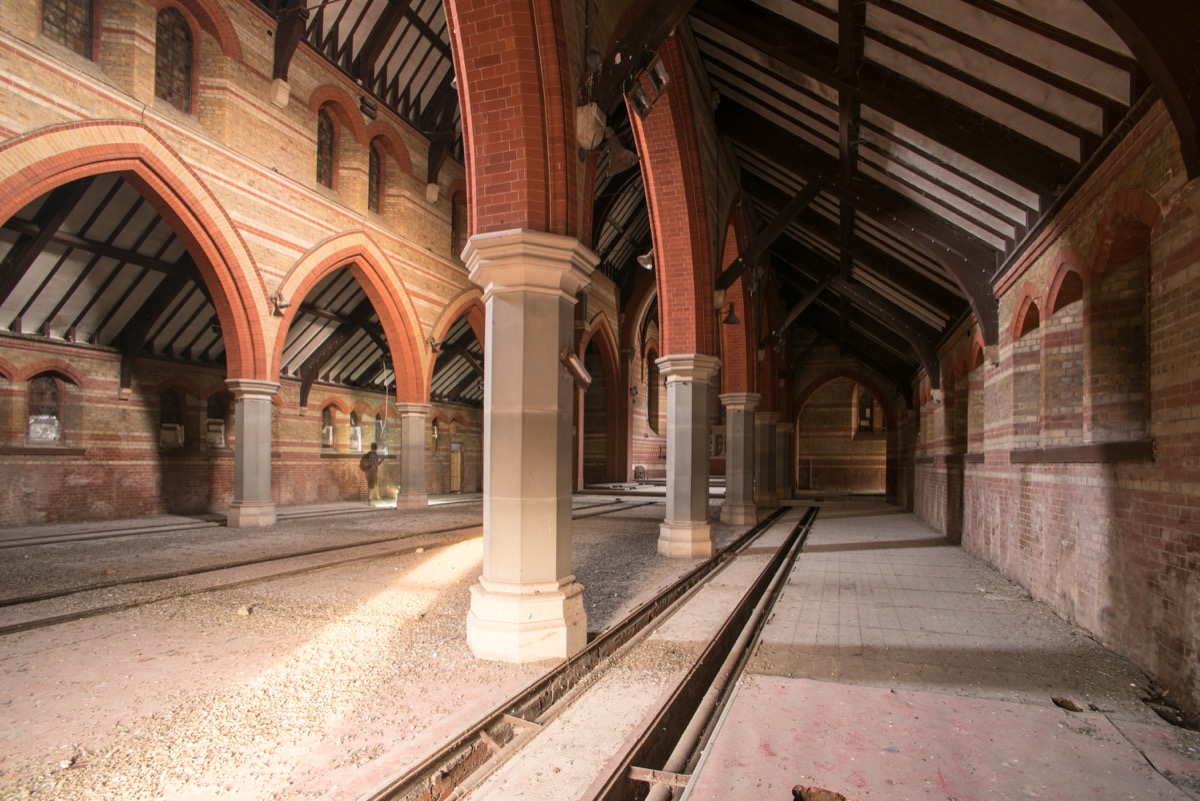 Cane Hill. The legend. One of those places we doubt very much that we’ll ever see something of it’s like again, outside of bankrupted small time engineering firms. It had everything you could want, great dereliction, piles of interesting tat and a security that was ruthless and on the ball. Many an explorer spent hours evading, or at least attempting to evade them. When TheTimeChamber first started out 9 years ago (where did the time go?), Cane Hill was almost a right of passage. We made a number of forays through the fence, all filled with bewildered wonderment, a little bit of fear, jam sandwiches and mad scrambles.

After a protracted battle to attempt to have the buildings listed, Cane Hill was demolished nearly six years ago in 2008, with only the Chapel, Water Tower and Administration block being retained. The exploring scene had lost a great location. A small group of people tried in 2006 to persuade English Heritage to list the buildings, as they were unique with its Radial Pavilion layout. The listing was denied siting other better examples of the Echelon plan, which Cane Hill was a forerunner too, and Whittingham being cited as a similar sample that should be preserved. Whittingham was demolished in 2014. Hmmm.

We don’t wish to walk down a path and reminisce for too long as it’ll look like we don’t explore anymore (we do!), but we learnt through a friend on Facebook (cheers mate) that the remaining buildings were accessible. Wondering what to do one evening after work, we decided to head down and have a look. It was slightly strange feeling to step foot into a building where on previous visits it had been quite a tense experience. This time it was rather relaxing and we spent a good few hours messing about in the chapel and wandering the admin building. Even more amusing was to come across the forgotten signature wall, which featured a plethora of old explorers pseudonyms.

We have to admit we should have realised that, being an active construction site, there would be the possibility of security doing the rounds. We hadn’t expected to have to hit the dirt, but we did. After a quiet shuffle through some bushes, and a noisy sprint across some fallen fencing, we slipped away and were home after a spot of post exploring fish and chips. We have to say, even through the chapel stinks of pigeon shit, it is still and amazing building.